Operations Against PFI in Various Parts of Assam; Several Arrested Including Its State President-Secretary

Nationwide drive against 'Popular Front of India' (PFI). The NIA and ED have been conducting joint operations against PFI since Wednesday night.

Along with 10 states of the country, the two investigative agencies are conducting searches in Assam as well.

A raid is also underway at the PFI office at Hatigaon in Guwahati. PFI state president Aminul Haque was arrested from Sijubari following the raids. In parallel, one Farhad Ali Ahmed has been arrested from Dispur.

Aminul Haque, who was arrested in Guwahati, is lodged at Goraimari Tukrapara in Chhaygaon. 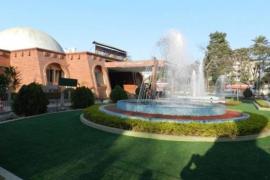